CROP AND WEATHER REPORT
For the Monthly Report Ending October 20, 2022

GENERAL COMMENTS & WEATHER:  Harvest is under way! With the cool dry conditions and no rain delays, it will be over as quickly as it began.  All of the soybeans have been harvested and we are halfway through with the corn harvest as well. Initial data shows that the corn has weathered the drought conditions much better than the soybeans. Soybean yields being average to below average and corn yields coming in higher than expected for the most part.  Harvest is happening at a record pace with field conditions being nearly perfect. The only thing slowing anyone down would be corn needing to dry down in the field a little longer to save on drying expense. Even without a rainy day to catch their breath, farmers are overall grateful, as decent yields with favorable markets will make for a great crop year.

Figure 1 – Soybean harvest goes fast with the size of today’s equipment. For soybean harvest many producers are using 45-foot wide draper heads, like the one pictured above, which is a new take on an old design. These combine heads utilize belt conveyers instead of an auger-fed platform to feed the plants into the combine, which can reduce yield lost from shattering, and is a big concern on a dry year such as this.

Fall is in the air as the weather has shifted and we are experiencing a chill most mornings. Since our report last month, daily highs have ranged from 43 to 83 degrees with lows ranging from 13 to 54 degrees. Earlier this week, small bodies of water in the area even had ice forming on the edges, a sign that winter is not very far away. With only trace amounts of precipitation in the last month, the soil profile is extremely dry. There is a chance of rain early next week and it would be welcome given the drought rating that most of SWMN is currently in. The forecast also has low temperatures dipping into the 30s, which is a positive for fall nitrogen being applied. With the favorable forecast, we should see harvest wrap up by the end of the month, with tillage and fertilizer application following closely behind.

When we look at the growing season as a whole, it was definitely unique. The cool wet weather that delayed the start of planting quickly changed to hot and dry with only sporadic rain events with some areas getting sizable storms and others missing the rain altogether. The Southwestern Research and Outreach Center (SWROC) recorded 2,687 Growing Degree Days, which is 144 above average. Thankfully, the majority of SWMN saw enough rainfall to make a crop, but not enough to pull us out of the drought rating. If we do not see multiple rain events before the ground freezes, we will see the drought continue into 2023. 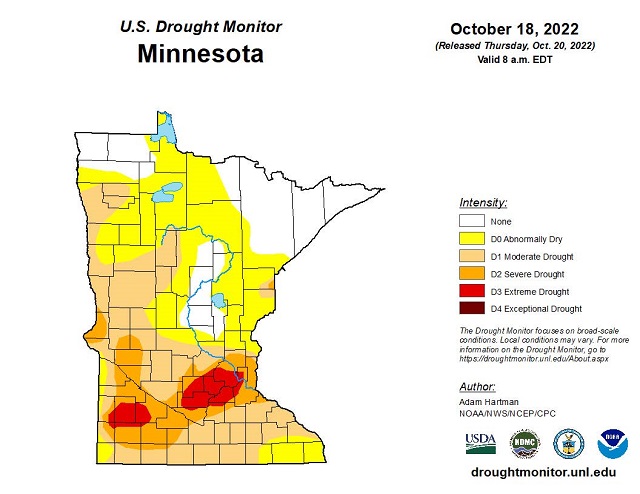 Figure 2 – As you can see from the map, all of SWMN is in a drought to some degree. This is similar to what most of the Corn Belt is currently experiencing.

SOYBEANS: Soybean harvest started in the middle of September and wrapped up the second week of October. It became apparent what regions received rainfall in mid to late summer, as there is a notable difference in yield based on geographic location. These regions are small, one side of a county might be significantly different from the other.  With the variability in soybean production, we were seeing average yields range from 40 to 70 bushels per acre, with the majority of the soybean yields between 50-60 bushels per acre.  The 40 bushels per acre were on lighter ground that received the least amount of rain and the 60+ bushels per acre were on fields with manure and receiving adequate rainfall.  According to the United States Department of Agriculture (USDA), 83% of the soybeans have been harvested in Minnesota as of October 16th. At this time last year, soybeans were 90% harvested and the five-year average is 61% at this time of year.

CORN: As we work our way through the corn harvest, we continue to hear about very good yields throughout SWMN. Some of the initial yields have ranged from 180-240 bushels per acre. Once again, the higher yields are in the regions that received rainfall. One benefit to the dry year we are having is the ability of the corn to dry down naturally in the field. In a year where energy costs have risen, it is a relief to be able to spare that expense.  As of October 16th, Minnesota corn harvested is at 36%, behind last year’s pace of 51% but still ahead of the five year average of 29%. 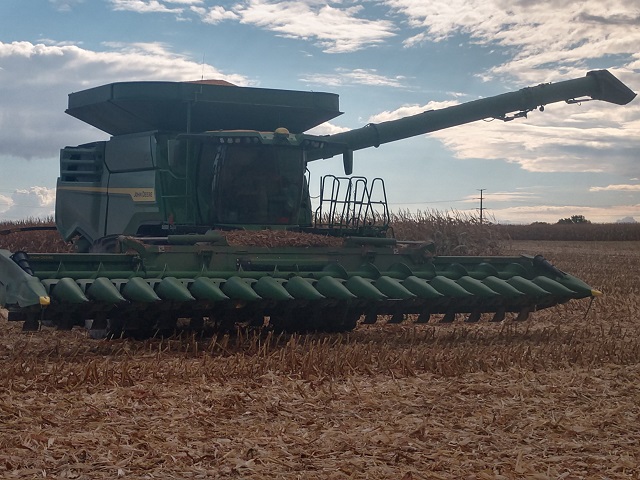 Figure 3 – This is a new 18 narrow row corn head, which allows farmers to continue to harvest at record pace.  The dry conditions do raise concerns over fire hazards as we have heard of several that have burned up this year already.

REMARKS: The USDA Monthly Supply and Demand Report was released on October 12th.  The 2022 U.S. corn production estimate is 13.895 billion bushels, which is 49 million bushels lower than the September report. The estimated national corn yield was decreased by six tenths of a bushel to 171.9 bushels per acre.  U.S. carryout was decreased to about 1.172 billion bushels, down from 1.219 billion bushels as estimated in September.  The USDA estimate of global ending stocks is 304.53 Million Metric Tons (MMT), decreased from September’s reported figure of 306.68 MMT.  Overall, the world corn supply appears to be getting smaller, which will provide price support going into 2023.

U.S. Soybean yield estimates also decreased, down seven tenths from 50.5 bushels per acre in September to 49.8 bushels per acre. Soybean production is estimated at 4.313 billion bushels domestically, a decrease of 65 million bushels from September.  Overall, U.S. carryover remained unchanged at 200 million bushels.  Worldwide soybean ending stocks are projected at 98.92 MMT as compared to September’s estimate of 101.41 MMT.  Again, overall world supplies are projected to decrease.  However, South America is projected to be planting a record amount of acres to soybeans at this time, which will hold soybean prices in check into the winter. 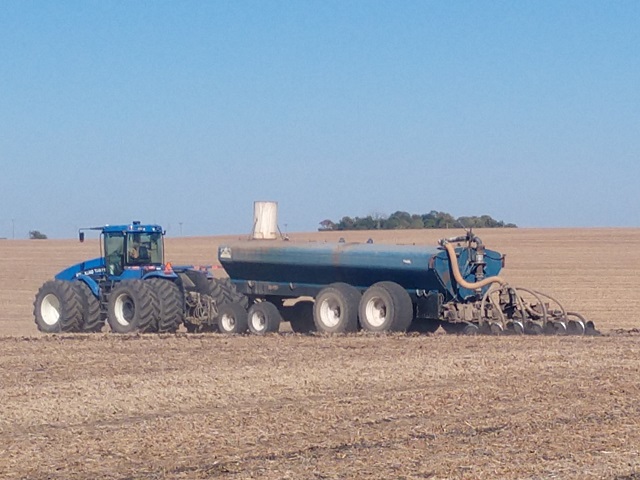 Figure 4 –  Swine manure is being applied to a harvested soybean field.

Input costs are projected to remain high for 2023. Fertilizer prices remain at their highest levels with uncertainty surrounding Europe’s winter energy demands. Those who have access to manure or have been building fertilizer levels will be able to take advantage of their high fertility and not apply a full program at these high prices. We have been working with the local suppliers to lock in product for our clients for the 2023 growing season.

As the 2022 crop year wraps up, we are happy to report that farm income should be up. Average yields in the soybeans and average to above average yields in the corn with prices that are over $6 and $13 make for a very good 2022. There is a lot of support that these price levels will continue into 2023 as well, but there is still a lot of volatility in today’s markets, both financial and other commodities, which all have an impact on grain prices.

Here at Fairland, we are busy with the hustle of coordinating/monitoring harvest and checking/processing production data. At the same time, preparation for year-end has also started. As alluded to earlier, we have started to prepay the fertilizer and will be meeting with seed companies in about a month to start looking at varieties for 2023. We continue to monitor the grain markets and will make additional sales on our client’s behalf. Annual Conservation Reserve Program (CRP) payments are being processed.  The second  half of the real estate taxes are being paid.  For those on cash rent leases, the second half of the cash rent has been collected, distributions will be made in the coming weeks, and we are in the process of negotiating rental rates/implementing leases for 2023. Once corn harvest finishes, we will be having some drainage tile installed yet this fall. This is the last Crop & Weather Report for the year.  Thank you for following along!

Corn Growing Degree Days are calculated by subtracting a 50 degree base temperature from the average of the maximum and minimum temperature for the day. The daily maximum is limited to 86 degrees and the minimum is 50 degrees.